The pipe organ project was initiated by our organist at the time, Benny Morgan.  He was an excellent organist, choir director, and a lover of beautiful music.  It turned out that Ben had a desire to have pipe organs installed in a number of Churches where he played.  He began the project to have a pipe organ for our small Church, and we now enjoy the beautiful, powerful music that he envisioned for our Church.

In 2017 the Durham Pipe Organ was again Dedicated, this time to the

In 2014 Ben retired as the Organist and Choir Master at Durham.

The following Videos and Photos are from the Dedication and the luncheon following the celebration.

and we are glad to share it with you.

The Organist is Benny C. Morgan.

Benny C. Morgan was a fun-loving person and popular among the Parishioners.  In addition to being an accomplished organist and choir directory, Ben could also compose music.  In 2010 Ben wrote the music for a hymn called "Old Durham Church" and he dedicated it to the then Rector Fr. David McDonald.  The beautiful lyrics that intertwine with the music provide a good description of Durham Church.  The lyrics were written in 2010 by Donna Hubbard and Patrice Rohde.​

Our pipe organ is a "Double Artiste" built by M. P. Moller in 1975.  The organ was rebuilt by Mark Steiner, of Steiner/Murphy Pipe Organ Co. located in Cumberland, MD.  Clarinet and Chime stops were added during the rebuild for Durham Church.  The organ was first played at Durham Church for the Christmas Eve Service in 2012.  The organ was Dedicated on Sunday, March 10, 2013 as the first in a series of Dedication Concert/Events during 2013. 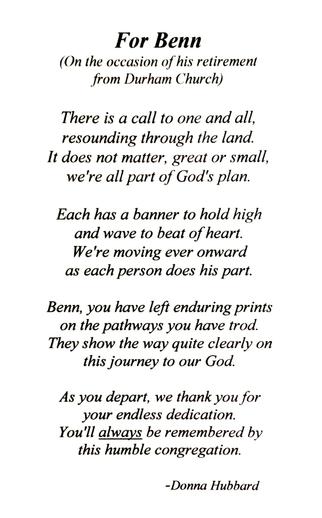 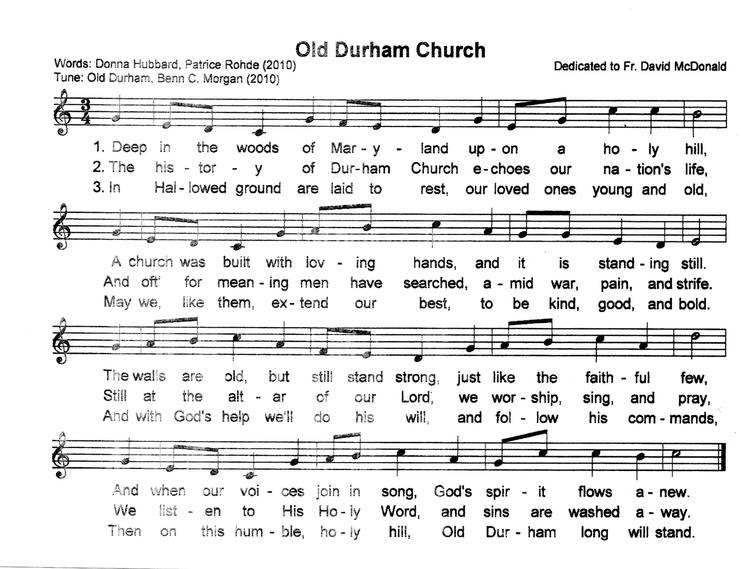