​​Watch This Space for Updates!

God, Great Spirit, whose breath gives life to the world and whose voice thunders in the wind: We thank you for your servant Samson Occum, strong preacher and teacher among the Mohegan people; and we pray that we, cherishing his example, may love learning and by love build up the communities into which you send us, and on all our paths walk in beauty with Jesus Christ; who with you and the Holy Spirit, is alive and reigns, one God, now and for ever. Amen.

Presiding Bishop Curry's Sermon at the House of Bishops

Almighty God, whose blessed Son restored Mary Magdalene to health of body and of mind, and called her to be a witness of his resurrection: Mercifully grant that by your grace we may be healed from all our infirmities and know you in the power of his unending life; who with you and the Holy Spirit lives and reigns, one God, now and for ever. Amen. 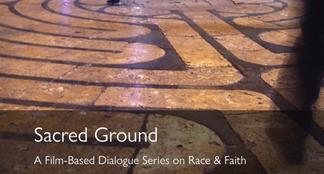 This is  a test 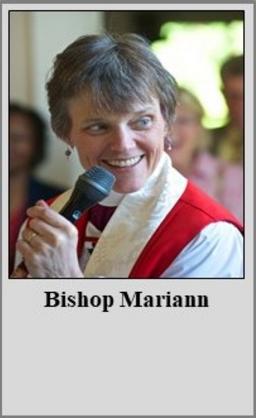 ​The church commemorates a bumper crop of interesting folks in July.  Below are just a couple of them.  The biographies below are drawn from Holy Women, Holy Men, the 2010 update to the Episcopal Church’s Lesser Feasts and Fasts. 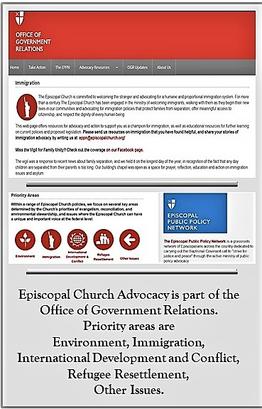 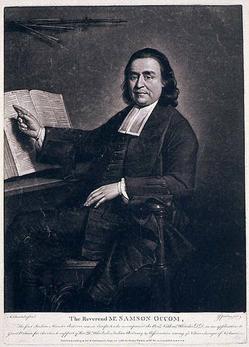 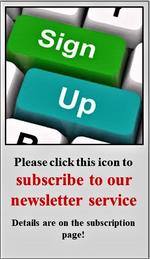 July 14: Samson Occum, the first ordained Native American minister, was born a member of the Mohegan nation near New London, Connecticut in 1723. By the age of sixteen, Occum has been exposed to the evangelical preaching of the Great Awakening. In 1743 he began studying theology at the school of congregational minister Eleazar Wheelock, later founder of Dartmouth College.

Occum did mission work among the Native Americans in New England and Montauk, Long Island. In 1759, he was ordained a Presbyterian minister. In 1766, at the behest of Eleazar Wheelock, Occum went to England, where he was to raise money for Wheelock’s Indian charity school. He preached extensively for over a year, traveling across England, and raising over eleven thousand pounds from wealthy patrons including King George III. When he returned from England, however, his family, supposedly under the care of Wheelock, was found destitute, and the school for which he had labored moved to Hanover, New Hampshire, where it became Dartmouth College. The funds he had raised had been put toward the education of Englishman rather than of Native Americans.

Following a disagreement with the colonial government of Connecticut over a lack of compensation for lands they had sold, Occum and many other Mohegans moved to Oneida territory in upstate New York. There, he and his companions founded the Brothertown Community. In his day, Occum was renowned for his eloquence and spiritual wisdom, and his work among the Mohegans of Connecticut, many of whom became Christians under this guidance, which helped them to avoid later relocation.

July 22: Mary of Magdala near Capernaum was one of several women who followed Jesus and ministered to him in Galilee. The Gospel according to Luke records that Jesus “went on through cities and villages, preaching and bringing the good news of the kingdom of God. And the Twelve were with him, and also some women who had been healed of evil spirits and infirmities: Mary, called Magdalene, from whom seven demons had gone out ... ” (Luke 8:1–2). The Gospels tell us that Mary was healed by Jesus, followed him, and was one of those who stood near his cross at Calvary.

It is clear that Mary Magdalene’s life was radically changed by Jesus’ healing. Her ministry of service and steadfast companionship, even as a witness to the crucifixion, has, through the centuries, been an example of the faithful ministry of women to Christ. All four Gospels name Mary as one of the women who went to the tomb to mourn and to care for Jesus’ body. Her weeping for the loss of her Lord strikes a common chord with the grief of all others over the death of loved ones. Jesus’ tender response to her grief—meeting her in the garden, revealing himself to her by calling her name—makes her the first witness to the risen Lord. She is given the command, “Go to my brethren and say to them, I am ascending to my Father and your Father, to my God and your God” (John 20:17). As the first messenger of the resurrection, she tells the disciples, “I have seen the Lord” (John 20:18).

In the tradition of the Eastern Church, Mary is regarded as the equal of an apostle; and she is held in veneration as the patron saint of the great cluster of monasteries on Mount Athos. 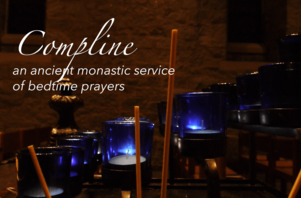 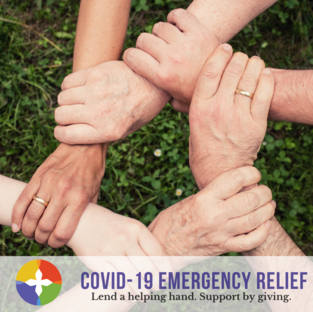 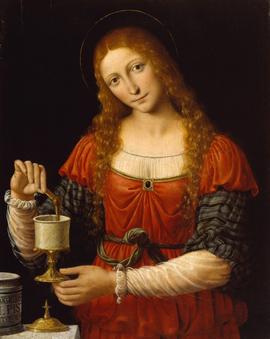 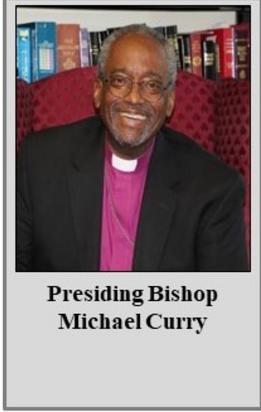 See the most recent newsletter

We warmly welcome you to our "Old Durham" Parish Community.

As public health conditions change, we are holding our Sunday morning worship services in person more often.  We worship at 10:30AM.  On the first Sunday of every month (at least through September) we will gather on Zoom.  On the remaining Sundays of each month, we will gather inside the church to celebrate Holy Eucharist together.

Our current protocols for indoor worship make masks optional for fully vaccinated congregants  except while singing. We will have at least two windows open and will monitor ventilation.  Please do not come to worship if you have reason to believe that you have, or have recently been exposed to, COVID-19 (or anything else that might make the rest of us ill!)​